Module A-126-2 is a fully analog frequency shifter for audio signals. A frequency shifter is an audio processing unit that shifts each frequency of the incoming audio signal by the same frequency. If the shifting frequency is e.g. 200Hz an incoming audio frequency of 1000 Hz becomes 1200 Hz, 2000Hz becomes 2200 Hz, 3000 Hz becomes 3200 Hz and so on. Pay attention that this is different from pitch shifting where all frequencies are shifted proportional (e.g. 1000>1200Hz, 2000>2400Hz, 3000>3600Hz) !The frequency range of the internal quadrature VCO is about 8 octaves (about 20Hz ... 5kHz). If required an external quadrature VCO can be used.

The module is equipped with these controls, inputs and outputs:

The analog frequency shifter is based on these trigonometric equivalences:

Building the sum and difference of these formulas one obtains:

When (a) in these formulas is treated as an audio signal and (b) as a sine signal it's possible to derive an up or down frequency shift with the frequency amount (b) for the audio signal (a). To realize the formulas these electronic circuits are required:

Beyond that the A-126-2 has some special features:

The sketch below shows the internal structure of the module in detail and the phase shift of the dome filter.Below you find also some patch examples.

The only difference between version 1 and 2 of the A-126-2 is that version 2 is equipped with an additional internal pin header which offers a second audio input in combination with the expander module. When the delivery of version 1 started (September 2021) it was not yet sure if an expander module will be available or not. That's why this additional output is not availabe in version 1 because the decision for the expander module has been made end of 2021 (i.e. 3 months after the delivery of version 1).The meaning of the additional audio input 2 is not that important as it may seem at first sight. It has been just added because the expander module had an eighth unused socket. The feedback feature is also possible with version 1 of the A-126-2. Below you find two patch examples in this regard:The first example shows a patch that can be used for both versions. It uses an external mixer A-138n to realize the feedback function. The mixer is used to mix the audio input signal with one of the outputs of the A-126-2. As the A-138n still has two unused inputs these can be used e.g. for multiple feedback (i.e. using two different outputs - e.g. Up and Down or Up and RM2 - simultaneously for feedback, or as a mixer for two audio inputs for the frequency shifter).The second example shows a feedback patch for version 2. To be able to adjust the feedback amount at least an attenuator/amplifer  (e.g. A-183-1, A-183-2, A-183-3) is required. But this patch does not offer as many possibilities as the version with the mixer A-138n. That's why we recommend the first patch also for version 2 of the A-126-2. And the price difference between A-183-1 and A-138n is very little.Versions 1 and 2 can be distinguished by means of the PC board silk screen printing or the available pin headers: the silk screen printing of the lower board says "BOARD A  VERSION 2" near the bus connector. And the pin header JP17 (AUDIO IN 2) is available only for version 2. 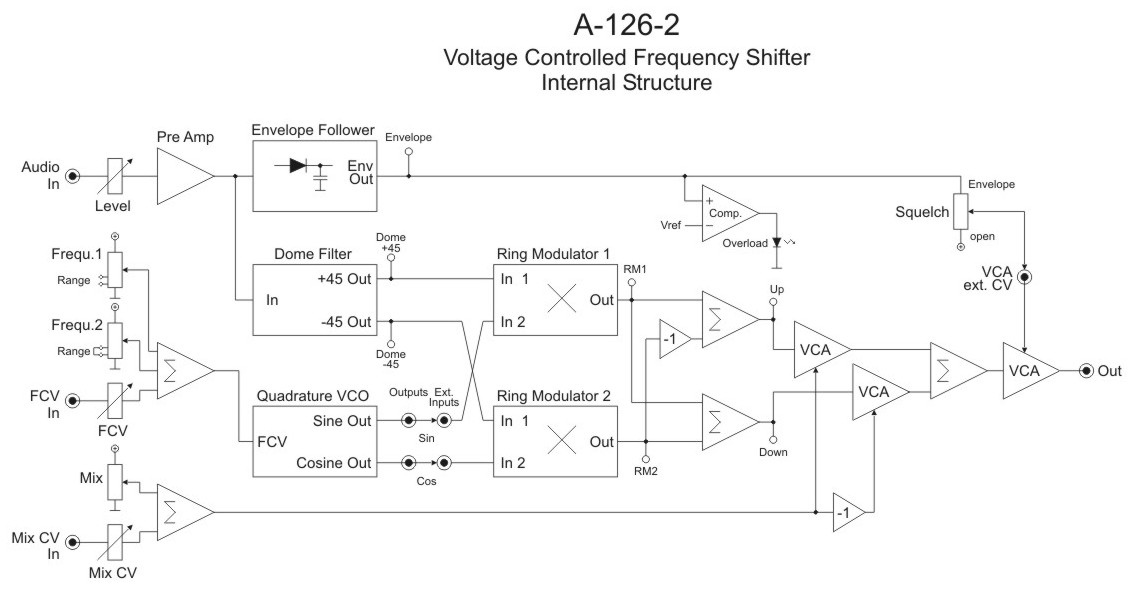 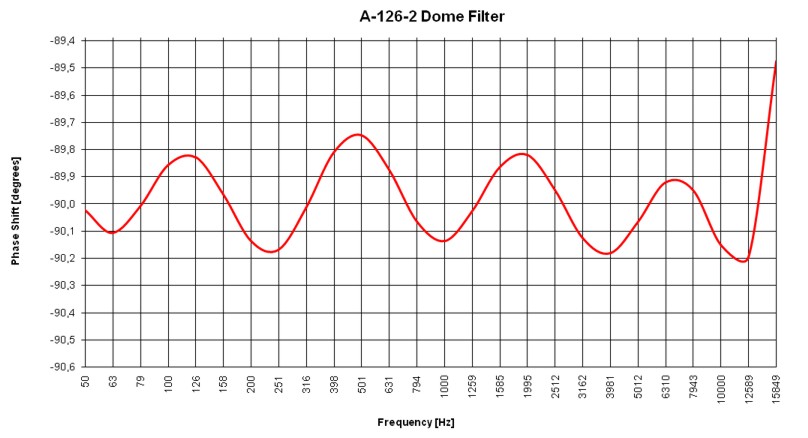